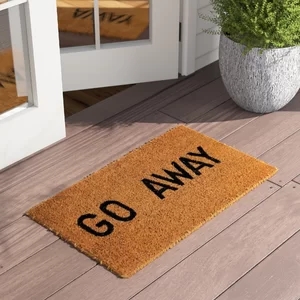 Naaman, commander of the army of the king of Aram, was a great man and in high favor with his master, because by him the Lord had given victory to Aram. The man, though a mighty warrior, suffered from leprosy. Now the Arameans on one of their raids had taken a young girl captive from the land of Israel, and she served Naaman’s wife. She said to her mistress, “If only my lord were with the prophet who is in Samaria! He would cure him of his leprosy.” So Naaman went in and told his lord just what the girl from the land of Israel had said. And the king of Aram said, “Go then, and I will send along a letter to the king of Israel.” He went, taking with him ten talents of silver, six thousand shekels of gold, and ten sets of garments. He brought the letter to the king of Israel, which read, “When this letter reaches you, know that I have sent to you my servant Naaman, that you may cure him of his leprosy.” When the king of Israel read the letter, he tore his clothes and said, “Am I God, to give death or life, that this man sends word to me to cure a man of his leprosy? Just look and see how he is trying to pick a quarrel with me.” But when Elisha the man of God heard that the king of Israel had torn his clothes, he sent a message to the king, “Why have you torn your clothes? Let him come to me, that he may learn that there is a prophet in Israel.”

So Naaman came with his horses and chariots, and halted at the entrance of Elisha’s house. Elisha sent a messenger to him, saying, “Go, wash in the Jordan seven times, and your flesh shall be restored and you shall be clean.” But Naaman became angry and went away, saying, “I thought that for me he would surely come out, and stand and call on the name of the Lord his God, and would wave his hand over the spot, and cure the leprosy! Are not Abana and Pharpar, the rivers of Damascus, better than all the waters of Israel? Could I not wash in them, and be clean?” He turned and went away in a rage. But his servants approached and said to him, “Father, if the prophet had commanded you to do something difficult, would you not have done it? How much more, when all he said to you was, ‘Wash, and be clean’?” So he went down and immersed himself seven times in the Jordan, according to the word of the man of God; his flesh was restored like the flesh of a young boy, and he was clean.

After this the Lord appointed seventy others and sent them on ahead of him in pairs to every town and place where he himself intended to go. He said to them, “The harvest is plentiful, but the laborers are few; therefore ask the Lord of the harvest to send out laborers into his harvest. Go on your way. See, I am sending you out like lambs into the midst of wolves. Carry no purse, no bag, no sandals; and greet no one on the road. Whatever house you enter, first say, ‘Peace to this house!’ And if anyone is there who shares in peace, your peace will rest on that person; but if not, it will return to you. Remain in the same house, eating and drinking whatever they provide, for the laborer deserves to be paid. Do not move about from house to house. Whenever you enter a town and its people welcome you, eat what is set before you; cure the sick who are there, and say to them, ‘The kingdom of God has come near to you.’ But whenever you enter a town and they do not welcome you, go out into its streets and say, ‘Even the dust of your town that clings to our feet, we wipe off in protest against you. Yet know this: the kingdom of God has come near.’ “Whoever listens to you listens to me, and whoever rejects you rejects me, and whoever rejects me rejects the one who sent me.”

The seventy returned with joy, saying, “Lord, in your name even the demons submit to us!” He said to them, “I watched Satan fall from heaven like a flash of lightning. See, I have given you authority to tread on snakes and scorpions, and over all the power of the enemy; and nothing will hurt you. Nevertheless, do not rejoice at this, that the spirits submit to you, but rejoice that your names are written in heaven.”

The prophet Elisha may not be the strangest person in the Bible, but he certainly ranks up there, which is impressive given just how relatively little the scriptures tell us about him. Unlike his mentor Elijah, who never seemed to be at a loss for words, Elisha actually didn’t say much. Most of the scriptural record of him focuses on supernatural miracles he performed – making oil mysteriously not run out, raising a boy from the dead, making an axe head float in water – usually without much conversation from him surrounding it. In one case, Elisha wanted to say something to a woman who’s been offering him hospitality in her home for years, so he has his personal assistant Gehazi bring the woman to him – in her own home – and while she’s standing there right in front of him, Elisha tells Gehazi, “Tell the woman…” what he wants to say, refusing to speak directly to her while she was standing right in front of him and must have been thinking “Well what am I, chopped liver?”

Another time, in maybe the most bizarre of Elisha stories, Elisha is being hounded by a large crowd of young boys who are teasing Elisha because he’s bald, so he summons two bears to come down out of the woods and maul 42 of the boys, indicating that Elisha had anger management issues, to put it mildly.

That’s all a long-winded way of making it clear that Elisha was not by any stretch of the imagination a people-person, and that sets the stage for the story we heard about him this morning. Naaman, a powerful, highly decorated, well respected five-star general in the army of the neighboring kingdom of Aram, hears that this odd little man of God in the Samaria – this backwater, the armpit of the universe by Naaman’s estimation, might be able to cure him of this ailment that he’s been suffering from for so long. So at least for a little while, he pushes down his substantial ego and goes to get an audience with  Elisha.

Of course, we heard that isn’t exactly how things played out. When Naaman and his entourage arrived at Elisha’s house, Elisha wouldn’t even agree to see this foreign bigshot in person. He sends out some unnamed lackey to tell Naaman to go jump in the lake, almost literally. Elisha instructed the lackey to tell Naaman to just go bathe in the Jordan River nearby, which in that location was likely muddy, and brackish, and hardly more than a large creek, something that looked like if you tried to bathe in it you’d probably come out dirtier than when you’d gone in. This was too much for Naaman’s ego, and he decides to go home, unhealed, until some of his people talk some sense into him. Finally, Naaman gives in, and does what he’s been told, and he ends up heading home healed and humbled, and all without Elisha ever having to debase himself by actually meeting Naaman.

There’s a bit of a reversal of this situation in today’s gospel reading. There, Jesus sends his disciples out to engage directly with people throughout the countryside, to heal the suffering and proclaim God’s good news, rather than waiting for them to come to them, as Naaman came to Elisha, to receive God’s blessings. When the disciples did this, and they return, they’re joyful as they tell Jesus all about what had happened, and their experiences. You can imagine the excitement in their voices. Clearly, this was a transformative experience for them, and you can almost hear them tell Jesus that most  often-heard comment made by people coming back from a mission trip, that they know they helped others, but they’d received so much more than what they’d given. I’m sure that when our group in Puerto Rico gets home, many of them will say the same thing.

That seems to be an important way that God works within us. We’re called to be compassionate toward others, to proclaim God’s good news of love for them, to be the face; the heart, hands, and feet of Christ to them – but at the same time, we experience God, we learn about God, we’re transformed by God, largely by coming into contact and relationship with them.  They have things to teach us – about them, about God, about ourselves. That act of being open to and receiving others seems, in fact, to possibly be the most important way that we grown in our faith and see God in the world.

So let’s think back, then, to that story of Elisha and Naaman. There are all sorts of things that a person could draw out of this story, but I suspect that more often than not, it’s told as a morality play in which the moral of the story is “Don’t be a Naaman” – don’t let our pride and ego get in the way of God working goodness in our lives. And that’s a good enough point, I guess, but today I want to suggest seeing the story from a different angle, one where the moral of the story might be “Don’t be an Elisha.” I imagine Elisha, sitting in his house after this encounter, feeling all smug and superior for having basically just phoned in Naaman’s healing, without ever having any actual personal contact with him. And in the midst of that feeling of superiority, I imagine Elisha passing by a mirror in his house, and stopping for a moment to look at himself in it; and as he’s looking into his own eyes he hears the voice of God saying “Really, Elisha? Do you know what you just missed? Do you really know everything about why I sent that man to meet you? Do you realy think you couldn’t possibly have anything to learn from him? Do you know what I’d had in mind for you, what I wanted you to learn through him, how I wanted to make you a better servant of mine, by meeting and talking with him? Really, Elisha?” And I imagine Elisha realizing what an opportunity he’d just missed, how he’d frustrated God’s good intentions for him, by not opening himself up to this other person, and suddenly, he couldn’t look into his own eyes anymore, and he quietly walked away.

This past week, we’ve been celebrating our American ideal of independence. This coming week, let’s also try to recognize and celebrate the interdependence that God has created us for, and designed us for, and continually is drawing us toward. Let’s be thankful for the good news that God loves us. And God loves and all the people that Jesus’ disciples helped. And God loves the Elishas of the world, and all the Naamans of the world. Let’s remember and be grateful for the truth that just as God uses us to transform the lives of others, God also uses those others, however we go to them or however they come to us, to transform us, too.

So whose life will you transform this week? And who will you allow to transform your own?