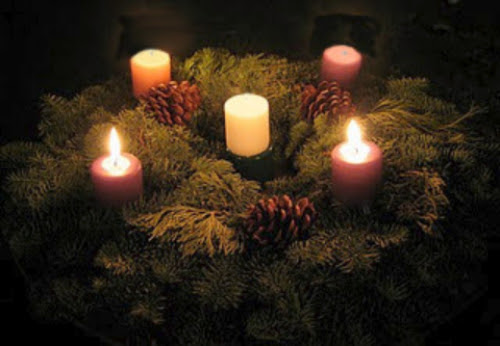 The beginning of the good news of Jesus Christ, the Son of God.

As it is written in the prophet Isaiah,

“See, I am sending my messenger ahead of you,
who will prepare your way;
the voice of one crying out in the wilderness:
‘Prepare the way of the Lord,
make his paths straight,’”

John the baptizer appeared in the wilderness, proclaiming a baptism of repentance for the forgiveness of sins. And people from the whole Judean countryside and all the people of Jerusalem were going out to him, and were baptized by him in the river Jordan, confessing their sins. Now John was clothed with camel’s hair, with a leather belt around his waist, and he ate locusts and wild honey. He proclaimed, “The one who is more powerful than I is coming after me; I am not worthy to stoop down and untie the thong of his sandals. I have baptized you with water; but he will baptize you with the Holy Spirit.”  – Mark 1:1-8

In early 1863, a young man named Charles Longfellow joined the Union Army and went off to war. He did it against the wishes of his father, the great American poet Henry Wadsworth Longfellow. Later that year, shortly before Christmas, his father received word that he’d been severely wounded in battle. Overwhelmed by grief over this, as well as the death of his wife in a fire not long before, Longfellow sat down and wrote a poem that’s become fairly well known to us as the words to the Christmas carol “I Heard the Bells on Christmas Day. Not all of the words of the poem made it into the lyrics of the carol, though; the original version of the poem began like this:

I heard the bells on Christmas Day
Their old, familiar carols play,
and wild and sweet
The words repeat
Of peace on earth, good-will to men!

And thought how, as the day had come,
The belfries of all Christendom
Had rolled along
The unbroken song
Of peace on earth, good-will to men!

Till ringing, singing on its way,
The world revolved from night to day,
A voice, a chime,
A chant sublime
Of peace on earth, good-will to men!

Then from each black, accursed mouth
The cannon thundered in the South,
And with the sound
The carols drowned
Of peace on earth, good-will to men!

It was as if an earthquake rent
The hearth-stones of a continent,
And made forlorn
The households born
Of peace on earth, good-will to men!

We may or may not have experienced the same kind of losses that Longfellow did. But there are times when it’s easy to share those feelings that there really is no peace on earth, that the whole idea seems like a cruel joke, when we experience the sorrow and unrest in our own lives, and when we look around us. When fundamentalist terrorists of one religion bomb busses and behead people and call for the death of all who don’t adhere to their version of their religion. When fundamentalist terrorists of another religion bomb federal buildings and murder abortion doctors and call for the death of all gays and lesbians as a way to end AIDS. When police harass a man standing on the street minding his own business, surrounding him like a pack of coyotes attacking an animal, and then dropping him with an illegal chokehold, ignoring his cries that he can’t breathe, failing to administer CPR, and then every single participant in this crime against God’s humanity walking away without so much as a slap on the wrist. When a twelve-year old boy is playing with a toy gun in a park, and police show up and shoot him dead within two seconds of arriving on the scene. Two seconds. Based on all the turmoil in this world, it’s easy to understand the disillusionment, the anger, sorrow, and cynicism that pours out of Longfellow’s heart as he continues to write:

And yet, despite these things, this is the season that we set aside to recognize and honor the coming of Christ into our world, as a sign of God’s wishes for reconciliation with all people. As the sign of God proclaiming peace and good will to all of us, entering into our existence, knowing firsthand our hopes, our aspirations, our greatest joys and our deepest grief. And through that, showing us how we’re to love God, and how an important way of loving God is how we love others. I believe that’s the most significant aspect of why God chose to reconcile with us by becoming one of us, in the flesh – to truly be God with us, God among us, through Christ – to show us how we’re supposed to be the key agents of illustrating, and spreading, God’s peace on earth, and God’s good will to all people.

So we light this second candle of Advent, the candle that signifies peace. We light it realizing that much of our world, around us and within us, is not right; is not at peace. But in our hearts, we’re grateful for what God has done in us, and for us, and we’re grateful that God has called us to work to extend that peace to others in the world, by working for justice, in every way we possibly can. We light this candle because through the birth of the little one in the manger, we know that God is in control, and will ultimately establish peace and good will for all. With that knowledge in our heart, even aware of what’s wrong in the world, even if we have some measure of sadness and disillusionment in our hearts, we can still share the feelings that Longfellow put to words as he finished his poem:

Then pealed the bells more loud and deep:
“God is not dead, nor doth He sleep;
The Wrong shall fail,
The Right prevail,
With peace on earth, good-will to men.”